This mod contains the SH5 model of the Nelson class battleship, converted for SH3. I don't know who converted her, but I thank him/her very much !

I have improved some things that I didn't like, and here she is ! 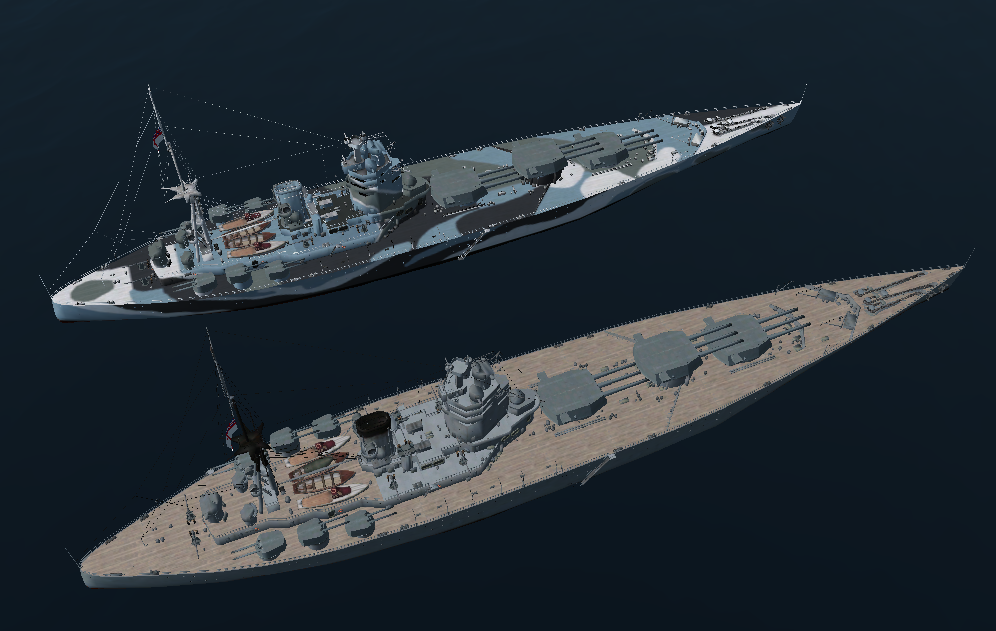 This mod contains two distinctive units. "Nelson" will replace the one you already have. "Rodney" will replace Rodney of GWX 3.0, but can be used as standalone mod if you don't have any supermod installed ! In this case, open EnglishNames.cfg (in SilentHunter3\data\Sea), and add this line :


What has be done on the different files :

.cfg : no more fuel tank to shoot on the recognition manual, corrected the draft.

.log : corrected the draft (to have successful attacks with torpedoes set on magnetic impact).

.dat : improved the textures, created an original skin for the Rodney's deck, improved placement of the main and secondary guns on Y axis, added a big war ensign, reworked the 3D model of the funnel's grid, corrected the placement of all the secondary weapons, added some extra AA guns, and many other small tweaks.

.eqp : rewrote all the file, the type of the AA guns are now depending on the period of the war and change automatically.

.zon : corrected all the zones placements and improved fire effects. Improved Hitpoints to 16000 (original value = 800). Now, the ship sinks when she has too many floodings, and no more when she has no more Hitpoints.

.val : corrected the problem which was responsible of no damage textures on the hull.

.dat : improved the textures, and reworked a bit the model of the main guns (16 inch).


A single mission ("nelson-rodney") is coming with this mod, and allows you to see how Nelson and Rodney look like, and how they use their guns and searchlights against aircrafts and ships. You can also change the date to see how the weaponry evolves all along the months of the war.


INSTALLATION. Put the folder called "SH5 - Nelson class" into your MODS folder, and enable it with JSGME. Now, you can see a new mod in your list called "SH5 - Rodney - deck with camo". This option adds a camouflage skin on the deck of Rodney (Note : In reality, the camo was applied on the deck only from May to December 1943).


WARNING ! Use at your own risks. This is a non commercial mod. If you want to use it in one of your mods, please ask me before.

- Thanks to the anonymous author who made the conversion from sH5.

- Special thanks to "skwas" and his great Silent Hunter mod tool (S3D).

- Thanks to "SquareSteelBar" who remapped the IDs numbers of the Nelson.