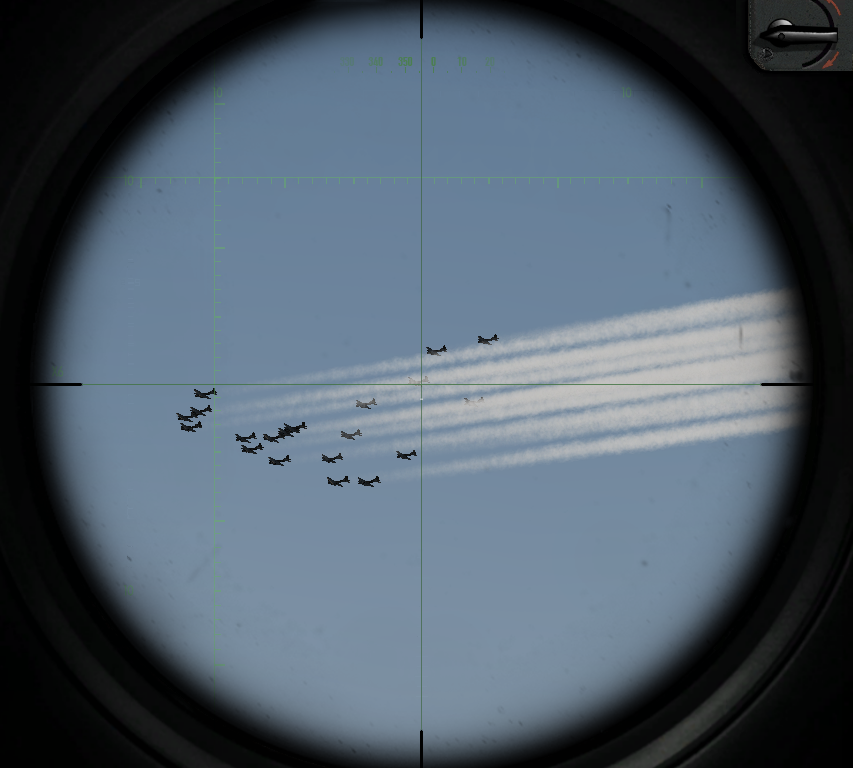 This mod introduces entire formations of B17 Flying Fortresses, the so famous American bomber of the Second World War. Each formation is in fact a unique air unit : all the airplanes of the formation are contained in the same file. This method allows to correctly place each aircraft in the formation, and to spawn many bombers with only a very small impact on the graphics performances (FPS). For example, the single mission attached to this mod will spawn no less than 651 B17s !

I have created 6 different groups of bombers, based on historical documents and pictures. Also a new sound comes with the mod, to give the necessary noise made by all these airplanes !

The model of the B17 is not new, this is the one which comes with GWX 3.0. I've just simplified a bit the model (still to improve graphics performances) and reworked the texture.

Also, it is possible to give to each bombers the condensation trails which appeared at high altitudes. This can be made easilly by setting the right bomb loadout in the mission editor (choose "High Altitude instead of "basic").

Two single missions are coming with this mod :

Notes
- The aircrafts are not carrying any bombs, so they won't attack you. Also, the units are undestroyable, so don't fire at them, this is useless.
- The next step will be to add these units in your campaign file. Unfortunately, I've not enough time now in R/L life. But it will be done one day !

INSTALLATION. Put the folder called "B17s Formations" into your MODS folder, and enable it with JSGME.

WARNING ! Use at your own risks. This is a non commercial mod. If you want to use it in one of your mods, please ask me before. 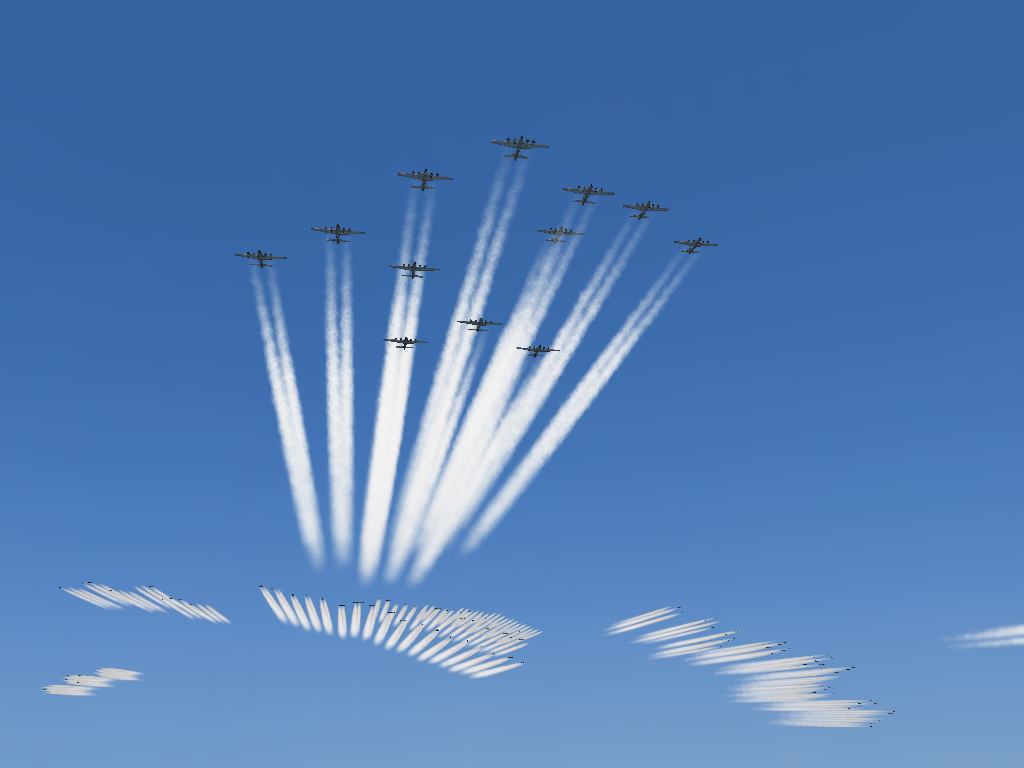 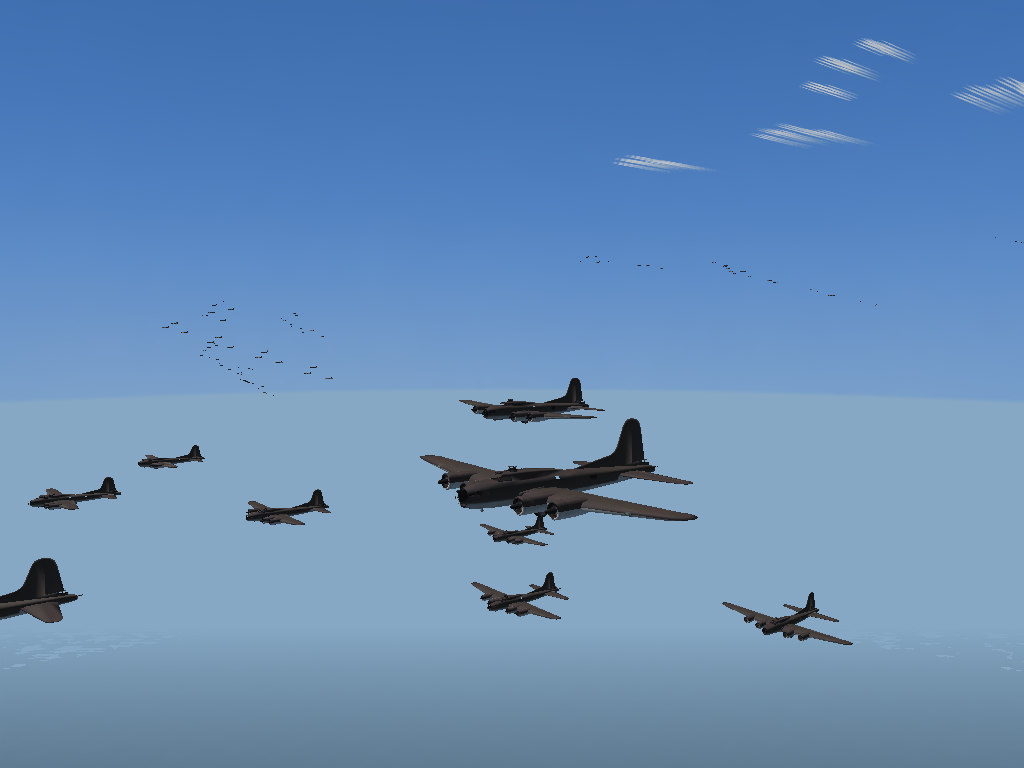